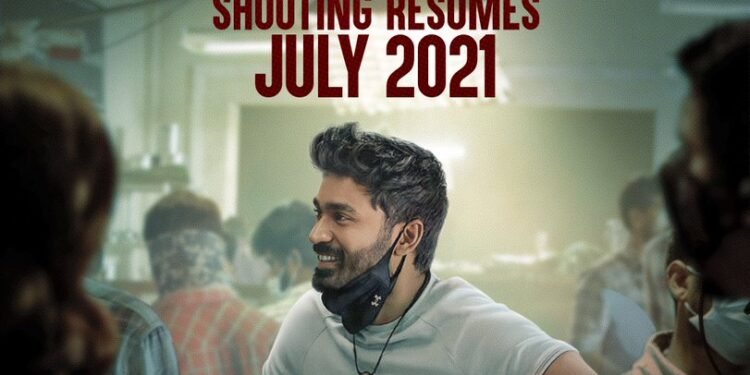 Dhanush is starring in his 43rd film directed by Karthick Naren. Due to the Corona curfew, filming was suspended. Sathya Jyothi Films has announced that the final shoot of “D43” will start in July. Dhanush to begin shoot with ‘Nanae Varuven’, directed by Selvaragavan, has been released recently.

Sathya Jyothi Films which is producing ‘D43’, has announced on its Twitter that the next phase of filming for ‘D43’ will start in July and this shooting will be the final phase.

In this film, Dhanush is paired with Malavika Mohanan. Along with them, Samuthirakani, Kali Venkat, Master Mahendran and many others are acting. The film is expected to be released soon with music by GV Prakash.