by Admin1
in Crime, Crime Report
0 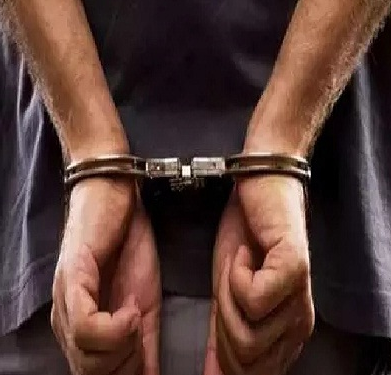 The Salem District Collectorate has a Zonal Registration Office covering 4 districts namely Salem, Namakkal, Krishnagiri, and Dharmapuri. Anand (age 45) is the vice president. He was abruptly transferred to Cuddalore the day before yesterday.

In turn, the section reception is being held at his home in Salem Alagapuram Kailash. It was attended by a large number of officers, employees, and land brokers. They have also given gift items to Anand.

In this situation, inspectors and police led by Salem Anti-Corruption Police Additional Superintendent Chandramavuli suddenly broke into his house yesterday morning and conducted a raid. The test lasted until the evening. 3 lakh 20 thousand and gold coins were seized during the raid. They also raided the office of the Deputy Chief of Deeds at the Salem Collector’s office premises last night. According to the Anti-Corruption Police, the house and office of the Deputy Chief of Deeds were raided.

Of this, Rs 3 lakh 20 thousand and 34 gold coins worth Rs 13 lakh were confiscated. Key documents were also confiscated. They also said that Anand is being investigated. The anti-corruption police raid on the deputy chief minister’s house has caused a stir in Salem.