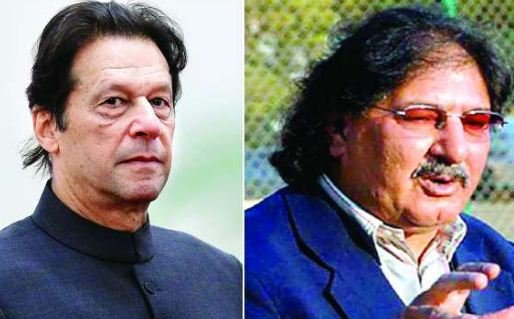 Nawaz and Imran played for the Pakistan cricket team together in the 1970s and 1980s.

Nawaz mentions an incident on a 1987 tour. Imran, who bowled against England, had some difficulties. On his return to Pakistan, Imran went to Nawaz’s house and allegedly took drugs. He said that Imran was accompanied by Salim Malik, Mohsin Khan, and Abdul Qadir.

Nawaz said: Imran Khan is consuming cannabis and he has been doing it in London and even at my house. In 1987, when Pakistan faced England in a cricket match, he did not bowl well and he came to my house to eat with Moin Khan, Abdul Qadir, Salim Malik, and also Saras. Also eats cocaine. From 1969 to 1984, Sarfraz played in a total of 55 Tests and 45 ODIs for Pakistan.

Nawaz is not the only person to have leveled such serious allegations against the current Prime Minister of Pakistan. Reham Khan, the ex-wife of Imran Khan, has also been accused of abusing women by consuming drugs. Reham Khan has said that Imran physically assaulted him and was in a direct relationship with a married man. In his book, Rehan accuses Imran of consuming several illicit drugs such as heroin.