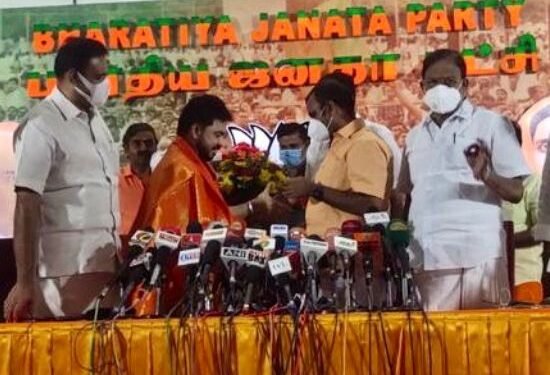 Not only does the film production, but it also buys and publishes the rights to the images. KJR Studios has released films including ‘Viswasam’ starring Ajith, ‘Dabangg 3’ starring Salman Khan, and ‘Thumba’.

“I am very happy to join the BJP today. I am delighted to receive the warm welcome from State President Murugan.

I look forward to working hard for the party, the people of the state, and the nation and following the guidance of Narendra Modi. I seek the blessings of all of you.” Thus said Rajesh.